Stearns Weaver Miller has one of the most formidable antitrust, competition and consumer protection practices in the country, representing both plaintiffs and defendants in some of the largest high-profile cases in the United States. Our attorneys are highly experienced in litigating complex antitrust class and individual actions before federal and state courts around the country involving price fixing, bid rigging, market and customer allocation, monopolization, monopsonization, unfair competition, deceptive and unfair trade practices, and price discrimination. We bring a wealth of experience to antitrust, competition and consumer protection cases, not only because we represent litigants on both sides of the “v,” but also because many of our lawyers have substantial experience in the industries in which our clients operate.

One of our partners has been selected, multiple times, as the “Antitrust Lawyer of the Year—Miami Litigation” by the prestigious publication Best Lawyers in America. In addition, some of our attorneys are former state or federal enforcers and prosecutors, including a former Florida Chief Deputy Attorney General (and Deputy Attorney General for Enforcement), a former Florida Senior Assistant Attorney General for the Antitrust Division and a former Assistant United States Attorney for the Southern District of New York. This breadth of experience gives our team valuable insight into how state and federal enforcement officials at these agencies think and act, allowing for creative and efficient resolution of government investigations and enforcement actions. Additionally, one of our partners is Board Certified by The Florida Bar in Antitrust and Trade Regulation.

On the plaintiffs’ side, the firm has obtained record recoveries in antitrust cases involving price fixing, bid rigging and market allocation conspiracies, including what was at the time the fourth largest antitrust recovery ever ($151,500,000) on behalf of an indirect purchaser class. On the defense side, we have achieved substantial success representing public companies in pharmaceutical, technology and other industries in defense of antitrust class and individual actions. Our group has particular experience working on matters involving government investigations of antitrust violations in various industries. For example, some of the anticompetitive activities in the pharmaceutical industry that were exposed in cases we initiated were later detailed in an extensive study by the Federal Trade Commission, and were cited in the Congressional Record as support for the revisions to the Hatch-Waxman Amendments to the Federal Food, Drug and Cosmetic Act enacted by the House and Senate and signed into law by then President Bush.

Our consumer protection attorneys are highly skilled in providing counseling to help clients mitigate legal risk and in representing clients in state and federal government investigations. We routinely defend clients in consumer litigation, including “bet the company” class actions. We have provided counseling to national clients to ensure compliance with state and federal laws governing telephone marketing, in-home sales, fair credit reporting, and with state and federal unfair and deceptive acts and practices laws, among others. We work with clients to understand how they market to customers, identify applicable state and federal laws, and provide guidance and training to correct or improve practices that pose undue risk before enforcers come calling and lawsuits are filed. We also work closely with clients to ensure their consumer contracts protect the clients from unfair or unfounded lawsuits. In actions filed across the country, we have successfully defended clients against individual and class action lawsuits asserting claims under a variety of consumer protection statutes. We have also successfully enforced arbitration clauses with class action waivers and defeated motions for class certification, eliminating the risk of large claims for class damages. 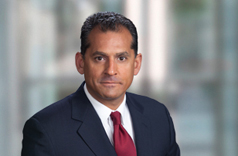 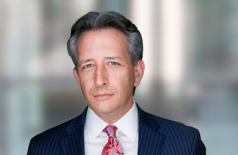 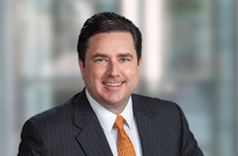 In the Media: Sunburn — The morning read of what’s hot in Florida politics — 12.9.21
Florida Politics|December 2021